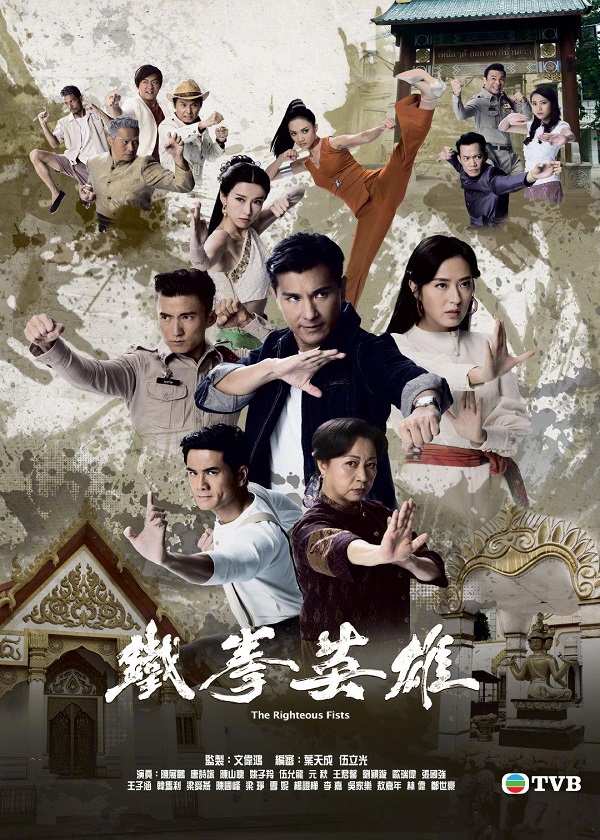 This drama “The Righteous Fists – 铁拳英雄” is about in the 1940s, Ruco Chan’s family arrived in the crime-filled Bangkok Chinatown. His father, along with Joel Chan’s father and another friend, tried to resist but sacrificed their lives. In addition, Ruco’s younger brother and sister accidentally go missing. His mother (Yuen Qiu) is hard hit by the news and becomes semi-insane.

Twenty years later, in order to find his missing siblings, Ruco steps foot into Chinatown again. He encounters the con artist Natalie Tong and they become frenemies. Joel has grown up to be a corrupt policeman, colluding with the two biggest triads, led by KK Cheung and Jimmy Au. KK’s only son returns to Bangkok with his fiancée (Grace Wong) and is assassinated, sparking a conflict between the two triads.

Ruco establishes an association for overseas Chinese and along with Natalie and others, they help the good while fighting against the evil. But the association faces many difficulties and almost collapses. There is still a long road towards their goal of achieving peace.

Where to Watch The Righteous Fists – 铁拳英雄