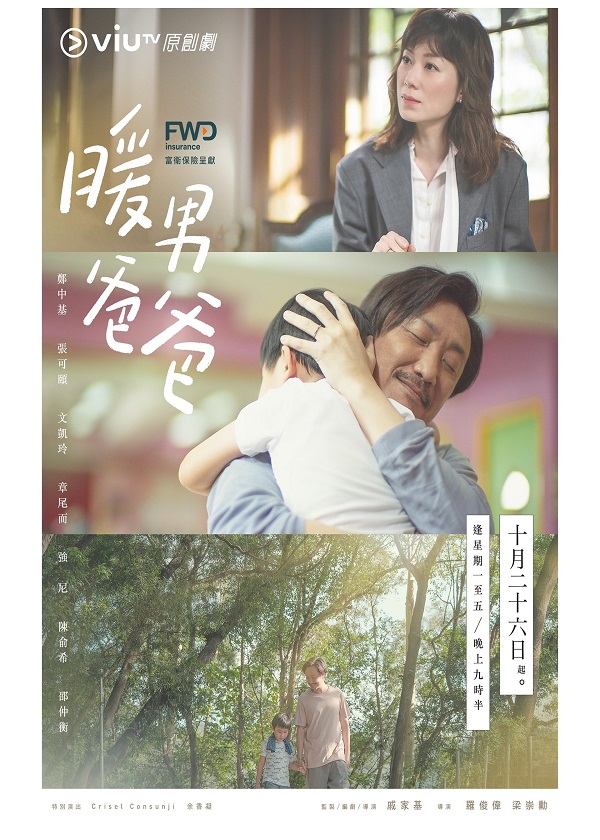 “Single Papa” tv drama is about Ah Wing is a forty-year-old single father. After the passing of his wife in an accident, he has been taking care of his son “Bo Long Gor”, and has been managing a convenience store near his son’s school. Ah Wing and “Bor Long Gor” depended on each other and Ah Wing slowly became a warm-hearted man who learns how to love and to sacrifice for love.
Because of insurance his wife bought, Ah Wing meets insurance consultant Zi-Meng. The things they have gone through individually caused them to be close friends. Career-minded Zi-Meng originally had no desire to marry but because of Ah Wing’s warm-heartedness and loving personality, she starts to think about the meaning of marriage.

“Warm-Hearted Papa” Ah Wing has helped countless people and also has blossomed various friendships with women around him. But he still misses his dead wife a lot. Just as Ah Wing’s friendships with these ladies become complicated, he realizes that slowly, he and Zi-Meng has established a kind of intimacy and mutual understanding.

Where to Watch Single Papa – 暖男爸爸