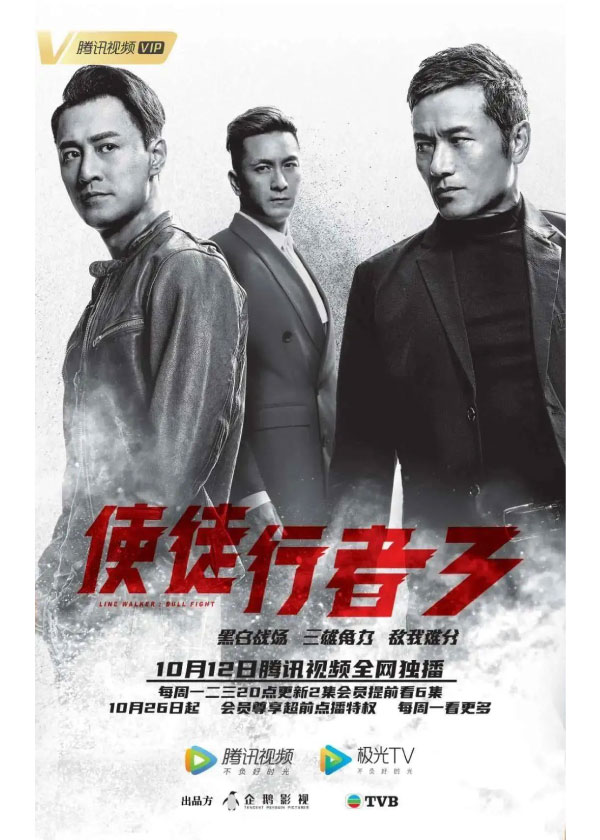 Line Walker: Bull Fight is about the lives of undercover police officers that are trying to infiltrate the triad. As Charmaine Sheh (佘詩曼) and Raymond had an open ending in the first season and she could not participate in the third instalment due to the clash in her schedule, Charmaine is pointed to be killed and Bowie Cheung (張寶兒) played his old love and died after giving birth to a baby boy.

As for his work, Raymond continued to play undercover and his boss, Mandy Wong (黃智雯) ordered him to act as Sisley Choi’s (蔡思貝) handler, but he refused to after causing an undercover’s death. Eventually, Raymond agreed and had a gun shoot with Kenneth Ma (馬國明) who acted as Moses Chan’s (陳豪) younger brother.